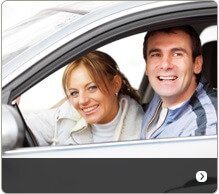 There are plenty alleged facts we all take as read, like being able to dissolve a tooth in Coke (go on, try it), and many of them apply to the world of driving.

Here are just some that you may be wasting your time believing, and that you can enjoy slapping people down with.

Men are better drivers than women

Well the facts quite simply say otherwise, and if you don’t believe us, go and ask an insurer.  A study of 100,000 insurance claims in 2015 by the RAA showed women had made 7,000 fewer crash-insurance claims than men in the past two years.

The data indicates that women appear to be safer drivers and less likely to cause serious damage; also reporting that men had caused nearly two-thirds of all rear-end crashes, which is one of the most common fender benders.

Men, also have more of the dangerous, deadly accidents. Australian figures show blokes are as much as four times more likely to be involved in fatal crashes.

You should drive with your hands at 10 and 2

I remember being taught this one by my father.  The 10 and 2 position for your hands on the wheel either went out of fashion with the invention of airbags (meaning you were more likely to smack yourself in the face if one went off) and with the advent of power steering becoming a standard feature.

Placing your hands at 9 and 3 on the wheel is now accepted, and quite sensible, wisdom for driving.

Driving test examiners have to fail a certain number of people

And therefore, if you fail your test it probably wasn’t  because you weren’t not good enough right?

Where I grew up, the myth was that there was this one examiner and if you got him, you were stuffed ‘end of’ or if you took your driving test at the end of the month, you were going to fail!  There are many more stores just like these that widely circulate among nervous young learner drivers.  Unfortunately it simply isn’t true – but this myth seems to stand the test of time along with the attack of the killer ‘drop bear’.

Yes, it can feels like that sometimes, but ask yourself this – how often have you been booked when you weren’t actually doing something wrong? Has a policeman ever pulled you over and totally made up a story about you speeding or talking on your phone? Or were you actually, and however unfairly, caught breaking the law?

Speed cameras, of course, are another thing entirely, and we’re not willing to refute the story going around that they might be a revenue-raising tool and not just a road-safety one.

Driving with your interior lights on is illegal

We’re going to put this one in the large file called Dad Myths. There doesn’t seem to be a fine on the books for doing it, and the whole idea of “map lights” is that someone in the passenger seat might need to use them while you’re driving, although less so in the satnav era.

The main interior light is also handy for finding out just how far your son or daughter has stuck that jelly bean up their nose so you know whether you need to pull over. But the fact is, it’s very annoying to the driver to operate a vehicle at night while they’re on, which is why just about every Dad, ever, has said at some stage or other “Turn those bloody lights off, it’s illegal you know!”

If driving with thongs was a crime then the fines handed out in Australia each summer would exceed even the revenue from speeding!

Driving with nothing on your feet actually gives you a better feel for the pedals and is also completely fine, legally.

Whilst not illegal to drive in thongs, it’s not very practical, either, and many experts would advise you to kick them off and drive bare foot instead (the same goes for high heels, which can be genuinely dangerous if they get caught up in carpet or floor mats).

This myth is so stupid it barely needs busting, but in case you’ve been wondering; the answer is ……..

Talking on the phone, hands-free, is much safer than holding it to your ear.

It might be more legal in Australia, as long as the phone is held in an appropriate cradle (balancing it on your lap and using the speaker phone is still illegal, just so you know), but it’s a myth that it’s safer.

Several studies have shown that talking on a phone, even via Bluetooth, is still a distraction, with some even finding it’s more dangerous than talking to a passenger, or even driving intoxicated.

“What a great idea, I don’t drive far but to have Roadside Response available when I need it, awesome”

“Great job getting my keys back for me, felt like a right fool today..thanks again”

I just want to thank you for getting to my house so fast. The car didn’t want to start this morning and I needed to get to work. The guy who changed the battery was real friendly and I was able to get to work almost on time (only 12 minutes late).

I used your battery replacement service yesterday and want to compliment you on the quality of service supplied by your team and especially the representative who attended my request. I am very satisfied with the solution he provided.

“Thanks for the Fuel guys, i’ll recommend you again”

“I left my lights on overnight, your jump-start service is a life saver. Off to work now! thanks..”

Thanks for the great service. I didn’t realise that getting a battery delivered and installed cost less than buying it in the shops. I’ll be telling all my mates about Roadside Response.

“Just wanted to thank you guys for your help today, Matt (service tech) was amazingly helpful and prompt”

“No Road Assist Membership & needed a jumpstart at the Airport, 45 minutes from start to finish, great job!”